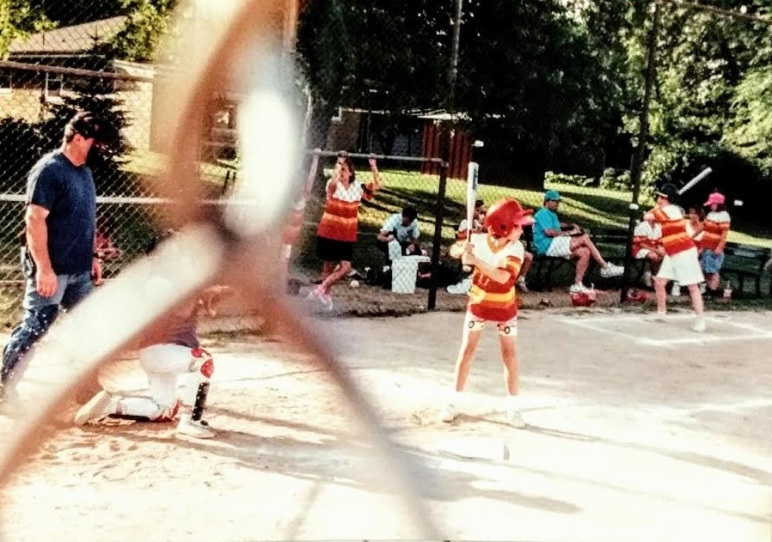 (Continuation of the post-Abuse at School…)

My father supported and even got involved in some of the activities I pursued as a young child. One of the most amazing things my father did for my friends and I, during my youth, was demand to be the umpire of our softball league. When I first started playing softball he trained and practiced with me. He had time to really teach me the basics and prepare me for my first season. We practiced batting, throwing, and catching. It was a wonderful bonding experience and we had a lot of fun! My all time favorite thing to do, and still is when I get the chance, was hit balls. He taught me how to pay attention to timing and adapt to both fast and slow pitches. I even went a whole season, once, without striking out.

When the season started and he came to watch my first few games, he quickly noticed the umpires were making really lousy calls and it bothered him, a lot. They were young adults, right out of high school, and no one had bothered to train them properly on the mechanics of being an umpire. This did not sit right with my father; he felt the game should be played accurately and fairly, otherwise we were not going to learn correctly. The players had caught on quickly and realized the umpires were easily thrown off when a batter would step back from the plate. This triggered them to call “Ball” because they weren’t paying close enough attention and were fearful of getting into arguments with parents. This made the game unfair, deceptive, and frustrating for the players and coaches.

In response to these inadequacies, my dad proceeded to contact and discuss this issue with someone at the optimist club, which operated the league. He even nominated himself to be the new umpire and chose to be behind home plate. To my dad this meant gear and all. I remember the back of the bright yellow, two-door pick-up truck he got specifically for hauling supplies to the field. He named it “Tweety-bird.” It always contained: bags of lime, the chalk liner, his face mask, full shin/knee pads, cleats, clicker counter, and a small hand broom for home plate. When he did something, it was always done wholeheartedly and the way, ideally, he felt any responsibility should be executed, with pride, dedication and sincerity.

I truly believe this is one of the most rewarding things my dad did, outside of fatherhood, for me and himself during his lifetime. He took pride in this position. He was honest, and made fair calls, even for me, and never treated anyone with favoritism. All while gaining respect from the girls, coaches, and parents. He was known to throw out an intoxicated adult from time to time, literally postponing a game; confronting the parent, face-to-face, and pushing them, with words, out of the spectator area, and towards their car. Don’t think he didn’t love it because he lived for moments like this! He would spin around on a dime, kicking up dust, to face a parent talking inappropriately; giving them that serious look that stopped anyone in their tracks; while saying something as simple as, “That’s enough,” in a way that made people almost shit their pants. He commanded respect in the same way that drill sergeants do. He did not permit foul language, or heckling. This was girl’s youth softball (ages 9-13) and as umpire, he made sure it was fun and rewarding; not negative and stressful. He was an advocate for the girls, first and foremost.

Then there was the end of the year softball appreciation picnic where my father took it upon himself to do something of his own accord. Gestures that epitomized who he was at his core.  Every season he umpired, he took note, without us even realizing at first, to all the players on every team; taking special notice of their skills and improvements. Then as the picnic neared, out of his own finances, he went and purchased 50 medals and even a few small trophies from a local engraving shop. Once they were engraved with descriptions he chose, (best all around player, most improved, best outfielder, best catcher, etc.) he would go through and sort them. He always consulted me on the choices he had made, respecting my input about his selections, and asked me to assist with putting them into the envelopes. Sometimes unsure what medal most accurately suited a player because some had talents in various positions, he asked my opinion. He confided in me for advice with these perplexities, and I was honored to have him request and respect my viewpoint.

Everyone was shocked the first year he decided to do this; he wanted it to be a surprise and made sure I kept it between us. It was a symbolic tradition he started out of his own admiration. He loved acknowledging the girls and wanted them to take pride in themselves as softball players. Coaches would sometimes hand out certificates, but no one else ordered engraved medals/individual trophies for their players. He even gave awards to some of the coaches. It became a ritual, and he upheld it because of how much it meant to all of us; something that symbolized his true dedication and appreciation for the experience! He always kept my award a secret though and made me keep my friend’s a secret as well. He loved to surprise us. The very last year I played in this league before aging out, he gave me a medal and an additional memento to show his personal admiration for me as a player and a daughter. A huge trophy with a special engraving on it; just for me.

I am absolutely ashamed and saddened to admit this, but I don’t know where this trophy has gone and for the life of me I can’t remember what it said. It pains me to the core to admit this. I can only hope that one day it will reappear somewhere and I promise, if it does, I will cherish and display it for the rest of my life! The more I moved, the more I lost. This story is now allowing me a means to collect the memories because I owe it to my father and myself. An enduring keepsake of dedication, love, and affection; just as he gave to me.

4 thoughts on “Being an Umpire…”