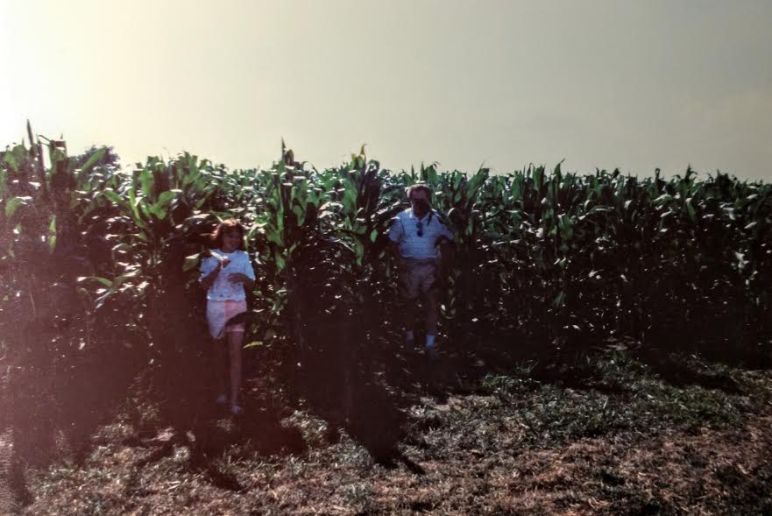 (Continuation of the post-A Voice of Reason…)

Speaking of dreams, angels, and death makes me recall a time in my childhood that my father and I bonded over a common interest; baseball. When I was 8 years old a movie came out that not only intrigued me but sparked an excitement in my dad. Something he knew about and wanted to share with me. That movie was Field of Dreams. The story of the White Sox and Shoeless Joe Jackson is still a favorite of mine to this day. A part of history that has continued to get passed on from my dad to me and now to my children.

I have always loved history. The ability to transform my mind to a different time period through stories, and the intriguing bits of mystery that are often wrapped up in the chronicles is fascinating to me. Many stories of the past are left up for interpretation and with unknowns. My analytical tendencies get caught up in the drama, romance, and emotion of it all. This movie encompassed just the right amount of intrigue, history, and romance to enrapture me; especially because I quickly found out it was something my dad had a keenness for as well. We took the story and allowed it to fashion one of our own through the ever meaningful process of story telling and memories. An anecdote which when shared between us increased our admiration and attachment for one another. Stories create connections; impenetrable bonds between people of all generations.

My dad and I already had discovered our common interest and love of the sport when I joined my first softball team and he became part of it as the league umpire. This was an extension of our bond. One of those aspects of life allowing people to cross generations and find prevailing connections; through stories. This baseball story that was so provoking to us is about a player, Shoeless Joe Jackson, who along with 7 of his teammates, were accused of throwing the 1919 World Series. It is still questionable whether their love for the game was more paramount than their love for money. A test of morality that resurfaces time and again in stories; the lure of temptation. Are people able to hold true to their values or, when money gets involved, do they compromise because of greed and selfishness?

There are questions like this which are posed over and over again in stories and movies. Times change but most of the underlying lessons remain the same. The moral codes in life that should be common sense and exemplified because they are the right things to do. Basic ideals about how others should be treated and respected. I think this movie tugged at my heart strings and resonated with me because of the overall message it was portraying. A proposition that our relationships in life should supersede materialism; love and compassion for our fellow man should come before our own self-interests and wantonness. 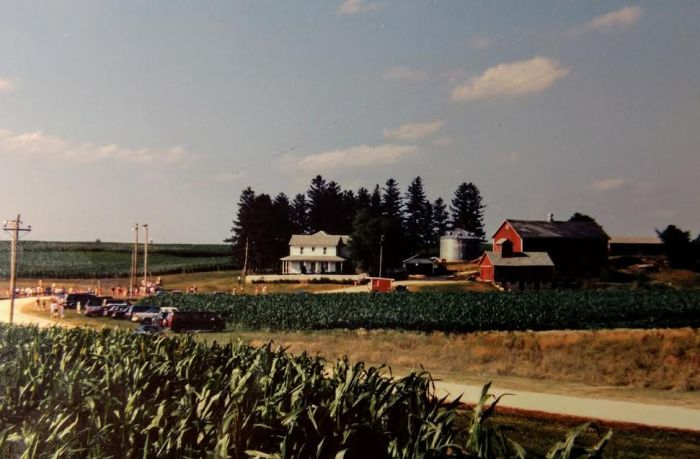 My parents and I took a road trip to Nebraska when I was 10 years old. They had some old friends who live in Lincoln and we took a road trip to visit them. After our visit in Nebraska, my parents drove back to Wisconsin through Iowa. I remember miles upon miles of corn fields and farms, more than I was used to seeing in WI. At one point my mom kept asking me questions and diverting my attention. I had a habit of peering out the window and observing the scenery, especially reading signs that I saw along the way. All of a sudden, we had arrived and they had accomplished their surprise. We were pulling into the parking lot of a farm. The farm. The one from the movie set of the Field of Dreams! 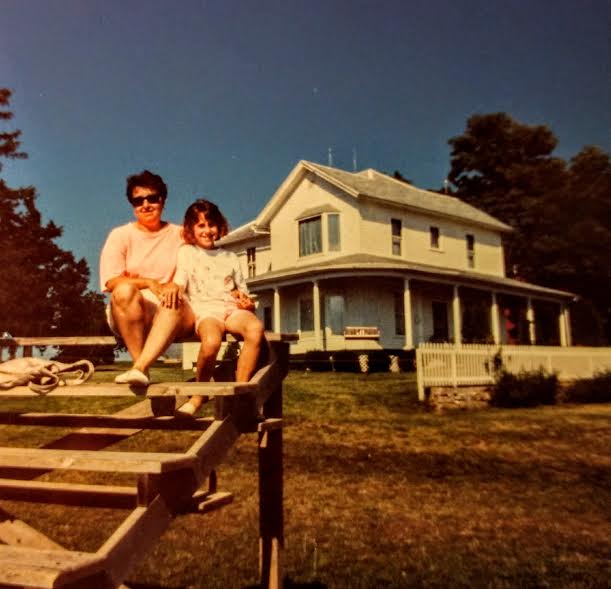 I had no idea that this was even a tourist site. My mom and dad had noticed a few signs along the way directing travelers to where it was. They were so worried the surprise would be ruined, but it wasn’t. It was so unbelievable to me. I actually got to sit on the bleachers in the same spot Karen was when she fell from them and started to choke on a hot dog. I stood on the pitcher’s mound and best of all, I got to walk into and out of the corn field; just like all the “ghosts” of the baseball players in the movie! It is a vacation I will always remember. One of my fondest memories of my mom, dad, and I spending quality time together as a family. Every part of it was notable and priceless.

I recently watched this movie again with my daughter and was able to show her the photos we took of our time spent at the Field of Dreams. She really enjoyed the film, and it felt wonderful to share with her this piece of my past. Especially because she is around the same age I was when I first saw the movie. It doesn’t seem that long ago that it was first released. Long enough, though, to already make it a nostalgic segment of my past. I have found time passes quicker than expected and things change a lot in a small amount of time. The city I grew up in looks much different than when I was younger, technology has changed immensely, and even education has altered it’s structure and expectations from when I was a child. I still feel young, but sometimes the world around me makes me feel like I fell asleep and woke up the same age, but transported to the future. It has in many ways, slipped away, unexpectedly.

This is why my appreciation for writing has grown throughout the years. There are many reasons for this, but the main persuasion has been to document my memories. Writing something down is invaluable. Whenever a person has a chance to document through words, promptly, their experiences and thoughts, it is essential. I truly believe if my father hadn’t died when he did, I would not write half as much as I do. I don’t know if I would have kept a journal recording both my children’s first years or be inclined, still, to jot things down from time to time when they say and do things that strike me as meaningful. It is because I regret not doing more while my father was still alive. When the ability to talk to my dad and have him tell me his stories was abruptly ended, forever, it left me forlorn and yearning for something I could never have again. It was extremely devastating and impressionable.

I wholeheartedly believe my father has, in the only way he may still be able to, impelled me to write this story. He missed out on so many crucial and pivotal moments in my life. He left my mother and I with a mess when he died and little finances. His whole life he strove to work hard and provide for his family. The last thing he wanted was to leave at a time when there were so many unfinished projects and goals. As a parent I know the fear of this and how he would have done anything to make sure we were left with comfort and stability. He couldn’t change any of it. He was unable to make sure, “Everything would be okay,” as he always promised. Life’s end is not planned out in a foreseeable way for most and we often leave people before we wish to.

He was proud of me and hoped for my success and happiness. My sorrow is his sorrow, my losses are his losses, and whatever he could do he would. He is the voice in my head, just like the one Ray Kinsella kept hearing, that says, “If you write it, happiness will come.” It is my way to hurt, heal, and persevere. I needed to confirm his existence because without it, part of me is missing. Part of me is lost and broken. When life took from my soul pieces that made me whole, I chose to unleash these burdens and sorrow with expression. My advice; write. Even if it is only for you. Release the pain so it doesn’t burn a bigger whole than it originally forged. Write for yourself, for others, or just for the amazing perspective it can reveal. History without stories, is just history. Your story and expression is just as important as anyone else’s. Let the words be your legacy. Someone will cherish it, I promise! Then you will live on, just as he will; forever.

Thanks to everyone who has listened to my story. I hope it has touched you as much as your follows and dedication to reading it has touched me. I am so grateful to have found such an amazing community of writers, artists, and compassionate people who care deeply about the world around them. I will continue to make posts, but I will miss writing about my father, dearly. It is hard to come to this end, but I hope it will open some sort of door to a much needed and hoped for beginning. I am honored and grateful for the connections I have  made and any insight I have been able to shed for others.

Thank you from the bottom of my heart,